The Government has approved a Royal Decree-Law that takes into account the proposals made by the registered Property Administrators.

Press Release of the General Council of Associations of Property Administrators – Madrid, 5 May 2021:

The Council of Ministers has approved Royal Decree-Law 8/2021, of May 4th, adopting urgent measures in the health, social and jurisdictional fields. This Decree regulates and unblocks the holding of owners’ meetings, as requested by the Property Administrators’ Associations to the different Parliamentary Groups and the Government, and whose proposals have been included in the approved regulation.

The collegiate Property Administrators consider that the Royal Decree-Law, which will come into force on May 9th, is positive, as it establishes a range of solutions that can be used by each building depending on its circumstances. As the General Council of Associations of Property Administrators (CGCAFE) had proposed, it will not be compulsory to convene owners’ meetings until 31st of December 2021, and the last approved budgets and the charges of the Community of Owners will be extended, suspending, therefore, the obligation to approve the foreseeable income and expenditure plan, the corresponding accounts and the annual budget. Salvador Díez, president of the CGCAFE, expresses his satisfaction with these measures and explains that these aspects of the regulations “are an important step for the communities of owners to be able to continue with their normal activity and to be able to meet their economic obligations, relying on the income from the owners’ fees to be able to meet them”.

Another aspect of the regulation is that it facilitates the participation and voting of the owners, an issue that the CGCAFE considers fundamental to guarantee the rights of all of them, and which was also one of the proposals of the collegiate Property Administrators. The Government has approved that the Owners’ Meeting can be held by videoconference or multiple conference call to deal with urgent matters that cannot be delayed, including universal accessibility works and works that are necessary for the maintenance and operation of the building. However, in order for these urgent meetings to take place, it must be possible for the owners to have all the necessary means to participate in the meetings called by the president, by a quarter of the owners, or by a number of owners representing 25% of the participation quotas. On this issue, the president of the CGCAFE, Salvador Díez, explains that they have also taken on board another of our proposals, “by establishing that the Secretary-Administrator of the Association, in addition to verifying the identity of all the owners attending the meeting, guarantees that they have the appropriate telematic means for their participation in the meeting”.

VIRTUAL MEETINGS WILL BE VALID

The Association of Property Administrators considers it appropriate that, as they had proposed, in those communities of owners in which it is not possible to guarantee the participation of all by telematic means, agreements can be adopted without holding the Meeting of Owners in person, by means of voting by post or telematic communication. For Salvador Díez, “this is very important because it guarantees the right of participation of all the owners and the casting of their vote if they do not have access to the new technologies, avoiding, by not holding the meeting in person, possible contagions by the COVID-19”.

Until the approval of this Royal Decree-Law, and although new technologies allowed for virtual meetings, the Horizontal Property Law only recognises the validity of face-to-face meetings, with the exception of the Catalan law, which does establish the possibility of meetings via telematic means and the validity of the adoption of resolutions by the Board of Owners using this system.

In this year of pandemic, more than 1,000,000 owners’ meetings have not been held, which has led to the paralysis of works in buildings. Many companies were being affected by this situation as they were unable to carry out accessibility, energy efficiency and building refurbishment work in general. For Salvador Díez, president of the CGCAFE, “27,000 million euros will soon be received from the European Union, known as European Recovery Funds, part of which will be used to rehabilitate buildings, so this Royal Decree-Law is essential for homeowners’ associations to be able to access these funds by taking decisions on approving budgets and applying for subventions, and to be able to achieve an economic revival of the construction sector and start the foundations for more sustainable environments”. 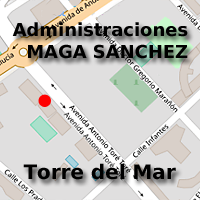